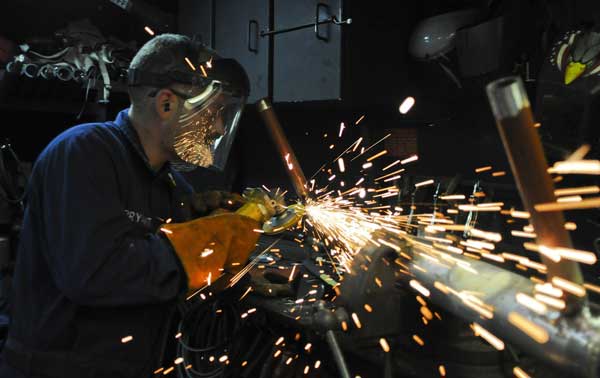 The forging industry in India is a major contributor to the Indian manufacturing industry.
Forging is the manufacturing process where metal is pounded or squeezed into high strength parts called forgings. Forgings are extremely important for human safety and are used wherever material reliability is needed. They are used in automobiles, ships, aeroplanes, and industrial equipment.

After China and the European countries led by Germany, India is the 3rd largest manufacturer of forgings in the world. According to the Association of Indian Forging Industry (AIFI), the latest known installed capacity for forging in India was 39.4 lakh MT in 2017-18 which was an increase from 38.5 lakh MT in 2016-17.

Forging in India is growing and poses a challenge to large forging industries around the world due to the government support in building the industry such as the ‘Make in India’ scheme.

Pradeep Metals was started in 1982 and was co-founded by the father and son team of the Late Mr Ved Prakash Goyal, who was a chartered engineer and his son Pradeep Goyal, a metallurgist. Pradeep Metal Limited represents high-quality steel forgings that are used around the world. Pradeep Metals Ltd has grown over the years and today it generates over 1 billion rupees in annual sales.

The products by Pradeep Metals are- forged flanges, valves, gears and automatics, manifolds, and material grades. These are designed and produced in India and USA, with the India facilities providing end-to-end solutions in forging manufacturing. At the Pradeep Metals India facilities, the company carries out design and engineering, tool and die development, forging, machining, and testing and validation. They are also present internationally with a facility in Houston, Texas in the USA under the name Dimensional Machine Works.

Pradeep Metals Ltd is one of the leading forging companies in India. It is ISO certified with ISO 9001-2015 and ISO 140001-2015 certifications. It is also certified by the Central Boiler Board, by Engineers India Ltd, and by international bodies as well. Pradeep Metals Ltd is a leading forgings manufacturer in India with international operations. It provides high-quality forgings using top of the line facilities under a single roof. It offers quick tool development and low-volume high-mixed parts based on the client’s specifications.

The forgings manufacturing industry is expected to grow, led by Pradeep Metals, as numerous market opportunities are steadily blooming around the world. For example, the Chinese market for automobiles is one of the largest in the world and forgings will be necessary to cater to the market. The development of infrastructure and the recognition of India as a serious contender in the forgings industry means that Pradeep Metals Ltd will remain one of the top forging companies in India.