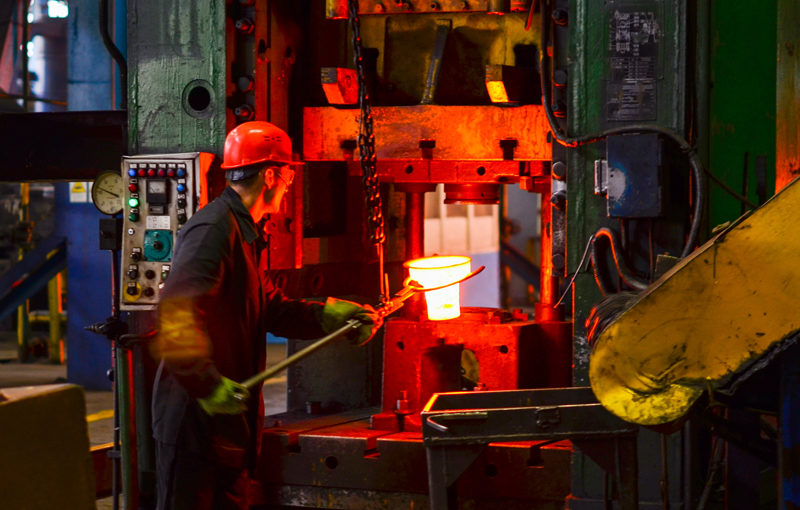 The forging industry in India is an important segment of the nation’s manufacturing sector. Forging is a manufacturing procedure in which metal is squeezed or pounded into highly robust parts termed forgings. These forgings are essential for human security and are leveraged wherever material dependability is required. For instance, they are utilized in industrial equipment, airplanes, ships, and automobiles.

China and Europe are the top two forgings manufacturers in the globe and India occupy the third place. As per figures released by the AIFI (Association of Indian Forging Industry), the installed forging capacity in the nation was 39.4 lakh tonnes in 2017-18. Forgings production in the country was 25.24 lakh tonnes in the same year. This industry’s national turnover totaled 35,000 crore INR in 2017-18. The forging industry in India is expanding rapidly thanks to government backing in developing the sector with schemes like the ‘Make in India’ plan.

Pradeep Metals is one of the leading forging companies in India. The firm was founded in 1982 by the father and son duo of Late Mr. Ved Goyal, a chartered engineer by profession, and his son Pradeep Goyal, a qualified metallurgist. Pradeep Metals makes high-strength steel forgings that are utilized across the globe. The company has grown rapidly over the decades and today produces annual sales of more than Rs. 1 billion.

Pradeep Metals manufactures forges, flanges, material grades, manifolds, automatics and gears, and valves. These products are crafted and made in India and the USA. The Indian factories deliver comprehensive solutions for manufacturing forgings. At these centre’s, the enterprise performs processes such as engineering and design, forging, machining, die and tool development, testing procedures, and validation. In the US, the company manages a branch under the moniker Dimensional Machine Works which operates a factory in Houston, Texas.

Let’s take a look at how Pradeep Metals has grown into one of the top forging company in India after its inception in 1982:

Pradeep Metals has become one of the prominent forging companies in India thanks to certifications such as ISO 140001-2015 and ISO 9001-2015. In addition, the firm is also certified by Engineers India Ltd, the Central Boiler Board, and international bodies.

As mentioned above, Pradeep Metals has become one of the best-forging company in India and generates annual sales of over Rs. 1 billion. The firm’s shares trade on the Bombay Stock Exchange and the company has a market cap of about Rs. 108 crore.